After the second world war, the British Colonel and his wife are appointed to live in Hamburg during the reconstruction of the post-war, but the emotion arises from the German, who previously owned the House.

Located in Germany after the war in 1946, Rachel Morgan (Keira Knightley) get to the ruins of Hamburg in the bitter winter to reunite with her husband Lewis (Jason Clark), a British Colonel charged with restoration of a city in ruins. But when it was decided in their new home, Rachel surprised to discover that Lewis made a decision unexpected: you want to share a big house with his former master, the German vdivets (Alexander Skarsgrd) and his daughter unsettling. In this charged atmosphere, enmity and grief give way to passion and deceit. 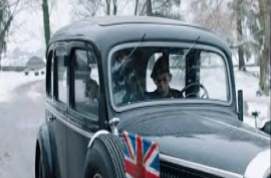